Evidently its not a same-sex marriage.

Posted on March 4, 2018 by AccidentallyGay

Evidently I am not really in a same-sex marriage according to some of my coworkers.

Last week I flew down to Atlanta for training. Once again for those who don’t know, I work for the Department of Defense auditing Defense Contractors. This means many of my coworkers are very conservative, and a surprisingly (and sadly) large amount voted for Trump, especially people not from my office in the liberal Pacific Northwest.

It should be noted while I say that, it is usually men that are super conservative and weird. I have been very fortunate that most women have been great, no matter where they are from. In addition my office is even more supportive overall compared to the DoD in general.

We went through the initial introductions and some of the students have been in classes with me. When they asked me what was going on, if we had any hobbies, relationships, etc. I always start out with the upcoming book. This allows me to get out there I am in a same sex marriage and that I won’t put up with any transgender discrimination bullshit. People know immediately if they want to avoid me or get to know me. 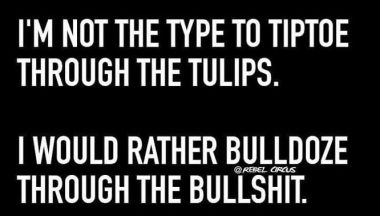 I am ok with the usual shunning that occurs from a large chunk of the people (especially men). It prevents awkward situations later. I also am fully out there because I think it changes things. When people actually have to interact with LGBTQ in person, it sometimes changes their view.

As usual most men sort of ignored or avoided me during this conversation and most of the women were intrigued, asked me about the book, about how long we had been together, etc. There are always several women that want to know when the book is going to be published and what the name is so they can get a copy. I suspect this is because women are socialized to listen more, and also they always seem to get that “omg that is so great” that I stayed with Wolsey, whereas most guys roll their eyes and say I should have just moved on.

After all that things mellowed out in the class. However, I noticed that there is a table in the back where the men are just giving me the “the look”. It was a lot more obvious than normal. I can’t tell if this is because of the Trump election since my last training like this was right as Trump was elected and before the nation became even more cruel to marginalized groups.

This happened for most of the first day. They wouldn’t look at me even during conversations that the lecture made us go through.

What I did notice is there was a very quiet woman who sat at their table who would look at me. She smiled and had that kind face that said “I am sorry my table mates are assholes”.

The trip back to the hotel we all stayed at had the same thing. The men at that table wouldn’t look at me. They even avoided climbing on the elevator with me and one other person and waited for the next one.

Weirdly enough though, the next day at lunch the nice lady from their table came over and sat with me and asked me about Wolsey and about my life. She shared about herself too, how she was an immigrant as a child and came over, but now she considered herself fully American.

She asked some polite questions about the transition, about how long we were married, etc. She was surprised when I explained that Wolsey was my wife for 21 years, and then transitioned to being my husband. I don’t think she ever considered there were FTMs out there.

She relayed that everyone at her table seemed to think that I was married to a guy for 21 years and he transitioned to being a woman. I joked how that couldn’t be possible because for the first 20 years of my marriage, same sex marriage wasn’t even legal.

After lunch she went back to her table and I could see her talking with the rest of them. They all kept looking at me and a change in their demeanor happened. All of a sudden they didn’t give me that look and on our way, back to the hotel they even chatted with me for a short bit. Don’t get me wrong, there wasn’t any approval in their tone, but it was a lot friendlier.

Evidently they don’t consider Wolsey a boy, and that I am not actually gay. 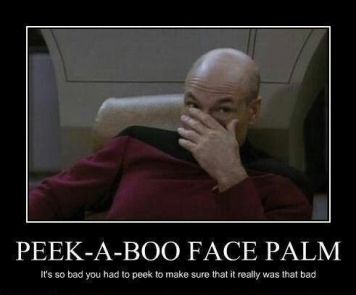 I definitely got the impression they don’t agree with the whole situation, but this is the first time someone has treated me like I am not in same sex marriage purely based on the fact that Wolsey was born with a female body.

The rest of the week they would talk to me politely in class (huge switch from obviously ignoring me the first day and a half), but that was all. Strangely enough, that made me a lot angrier about the situation then when I was just getting the stink eye from them.

I am still processing this now that I am home, but I wanted to get that out there on what happened. Evidently some coworkers think I am not gay (or bisexual as the case actually is) and I am not in a same-sex marriage. That just pisses me off more, touche Trump voters you scored a small victory on me this time

This entry was posted in All Articles, Lucky's Articles (AG) and tagged atlanta, lgbt, work. Bookmark the permalink.

2 Responses to Evidently its not a same-sex marriage.