Below is a list of the top stories that made it through the cacophony of anti-LGBT news stories this week. I like to call this constant stream of hate filled instances Background Radiation, because we have to live with it. It’s there. It never leaves. It’s always in the background of our lives. 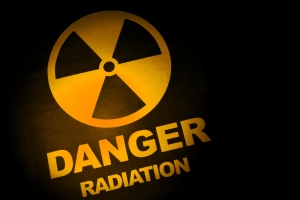 This week we’ll start off with something I had been dreading.

This is the very reason I got bottom surgery this year. My testosterone is doable for me to pay via cash, but buying a dick? Not so much.

In this situation, it was narrowly rejected with 214 rejecting, and 209 supporting. Those screaming to deny transgender soldiers access to transgender related care cited all sorts of bullshit, but one that kept coming up was expense.

We can’t even know the expense because we don’t know how many transgender people are actually in the military. With a history of absolute persecution, some transgender folks go stealth when they join up. They might already have transitioned, making it impossible to tell. Some won’t transition until they get out because their immediate comrades are not supportive. Some won’t want surgery, just to serve, because not all of transgender people want surgery.

Like this article cites, the numbers for transgender people in the military range from 1500 to 8800. Nobody really knows, and until a time when we aren’t so hated, and persecuted, they won’t know.

What I do know, is that they GOP attacks on transgender people by attempting to cut medical and protections from persecution is malicious. We are the new panic button they keep wanting to stomp on to “energize their base”. Gay folks just don’t pack the right punch of outraged hysteria anymore, as more and more folks accept homosexuality as a normal part of life. We were the next target in line.

At best, after the last big focus on these people, they kind of said they’d keep their views to themselves, and not involve the business. That was a lie. They have been shuffling a large amount of funds to “Christian” charities with a clear anti-gay focus, and spoke publicly about how ashamed they are of the passage of marriage for same sex couples.

So he’s a liar as well as a bigot. Seems like that goes together a lot these days.

So you may like your traitor chicken, but you might want to consider where the cash from that chicken goes.

There were a lot of articles on this, and I chose one that didn’t put the words Hate Group in scare quotes. If the Southern Poverty Law Center designates your ass as a hate group, they will have receipts.

Everyone knew Sessions was anti-LGBT. This isn’t a shock. It’s just always astounding to me how these people are just so damn brazen about it.

That’s all I have the energy for today. My anger meter is about full on just these.