I was only gone a minute

I stepped away for a little while to recover from the anxiety and stress of Wolsey’s surgery. I figured it was a safe time to take a break, enjoy the air and not get anxious about anything. Then I come back to this,

The Civil Rights Uniformity Act of 2017

“The U.S. House of Representatives is coming out against transgender rights. Their newly-introduced bill, called the Civil Rights Uniformity Act of 2017, would dismantle Obama’s mandate that trans people be treated as a protected class.”

What is wrong with the conservatives. Honestly, in the past I would say that it isn’t fair to lump the bigoted Trumpers with all conservatives, but the problem is that the conservatives aren’t stopping the madness, so I do have to hold them responsible. This isn’t just for LGBTQA or healthcare, its about everything.

This is on the heels of the House trying to vote down Trans military members from accessing healthcare or being allowed to serve. It was narrowly averted by twenty four GOP congressmen who voted against it. My hat is off to those people. However, those GOP are being called the “Dirty Two Dozen”, which first of all is a lame name, but second of all are already getting flack for voting like that by the other conservatives (media and congress), with one of them coming out and saying he voted against the trans bill “accidentally”. Because of this pressure,  I don’t trust it would be stopped again.

A Close Vote, A Big Win in Congress for Trans Military People

“On Thursday, July 13, 2017 Democrats stood together and tall for common sense military readiness, transgender equality and health care equality and were joined by 24* Republicans and defeated an unnecessary and hateful amendment by Rep. Vicky Hartzler, a Republican from Missouri, that would have banned the coverage of transition-related health care for transgender troops. Hartzler has a long and consistent anti LGBT record. Hartzler has been condemned by LGBT groups for calling transgender service members a “domestic threat” in an interview with the conservative Family Research Council.

The mean-spirited Hartzler amendment, despite the active support of Vice President Mike Pence, narrowly failed, with 209 supporting and 214 opposing.”

This is why we got Wolsey’s surgery done years early. We know we will be out of working for the DoD in 3 years or so. Our office has been good, the agency has tried but the feds have been very very slow, yes even Obama was incredibly slow to do anything about it and only did it after states started making the feds look bad. Also, our work culture is very toxic and having our current president and the sitting congress go crazy is not something we need to deal with. I just look at the shit they are pulling and it is freaking me out. 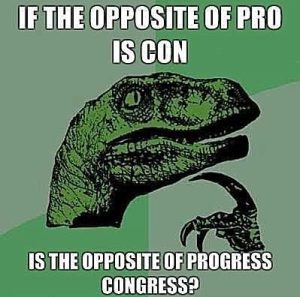 Overall, I guess I have learned it doesn’t help to take off time and step away, when you come back nothing has changed for the better, just more shit to deal with. So no more of that, at least for now. I should be staying here for a long while at least.

My next goal, go on an internet research hunt to see if anything has changed in finding support for staying married to your newly trans husband scenario. Before, there was absolutely no support for a husband staying with his newly transitioned husband, but maybe in almost four years’ things have changed.

This entry was posted in All Articles, Lucky's Articles (AG) and tagged congress, DoD, healthcare, job. Bookmark the permalink.

3 Responses to I was only gone a minute