We had diversity day at my job. I work for a giant government agency, and they do this once a year. My job is pretty positive if you are of the LGBT flavor. We have a lot of us in our location, and nobody is fussed about it. It did get me thinking about how this often plays out though. 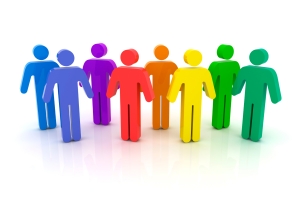 There is diversity and acceptance, and then there is “diversity” and “acceptance”. The former is that happy feel good legacy from the 1970s where we all celebrate our differences, learn from each other, and feel at ease with it. The latter? That’s the sweep it under the rug because it’s freaking me out, and I don’t want to talk about it, version.

In my life, I see a lot of “diversity” and “acceptance”.

I think this stems from the idea that for a non-minority person to discuss your race, gender, sexuality, or religion is somehow a political act, or an admission of an open dirty secret. It’s often whispered about like a cancer diagnosis.

In my life, if I mention the word transgender, and to a lesser degree the word gay, a lot of people shuffle their feet uncomfortably, and change the subject. Some well meaning folks like to help me keep these a secret by whispering the words, or shutting down anyone else from mentioning it. I see it happen to other minority groups as well.

I’ve been told before that the very act of mentioning, or joking, about my being gay or transgender is a political act. As if the mention of having a husband, or that I spent 40 years presenting as a woman is something I do AT people to make a point, and not just discussing my day to day experiences.

The world around me makes my existence as a transgender man political. It makes my ability to hold my husbands hand in public a risk. It adds an element of danger every time I use a public restroom. These aren’t political discussions. This is my every day life because there is a non-zero chance that both of those situations will end in violence for me. It’s happened before.

This sweeping it under the rug is more about someone’s own biases than anything else. If you think being gay or transgender is a bad thing, but you like the person that is gay or trans, you will probably unconsciously try to avoid bringing up the bad thing that they are. I don’t think it’s full on homophobia or transmisogyny, just a lot of unexamined biases. We all have them. 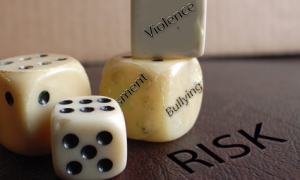 I think “diversity” and “acceptance” is a good first step, but it’s kind of reminiscent of the military’s failed “Don’t ask, don’t tell” policy. That’s nice I can be gay and trans, but if there is a de facto gag order on discussing how it intersects with my life, it’s not useful at all.

I think the best advice I can give, is you have to embrace that you are uncomfortable. We all do. We all have things that we are uncomfortable with because as humans we are a mix of passed on biases that we don’t tend to think about until we are confronted with them. It’s not helping someone by sweeping a basic facet of their life under the rug. That kind of “acceptance” isn’t really accepting.

I am a middle aged man. I am an author and a maker.
View all posts by Wolsey →
This entry was posted in All Articles, Jello's Articles and tagged events, jello, work. Bookmark the permalink.

2 Responses to Diversity versus “Diversity”