Posted on December 3, 2015 by AccidentallyGay

My experience in the transgender world has shown that the use (or misuse) of pronouns is a tricky subject. I have been really lucky, in the last two years I have almost without fail used the right pronouns and didn’t slip into old pronouns.

I do have some experience, we have played roleplaying games for decades (including live action, dress up affairs). A lot of times our group “cross plays”. Some players consistently play characters that are different gender then they are (I tend to play a lot of female characters myself, I suspect I still try and work things out). I have for most of my life looked at the way someone presents and ignore any masculine or feminine marker that is not intended. So for almost 2 years I have not even thought twice about pronouns and Jello. Actually been pretty proud of myself.

Yes, thats Jello pre-transition on the right, his larp outfits went from super sexy girl, to gender neutral to really masculine depending on the character.

You will notice in the first paragraph I said “almost without fail”. In the last couple of months I have slipped up twice, much to my frustration (and I am sure even more annoyance by Jello). He has been great about it, but I am horrified when it happens.

The first time I slipped, I picked up one of our cats, and for the millionth time I handed a cat to Jello. For some reason this time I said “Go to your mom, she wants to see you”. Within a millisecond I had changed that to dad (I don’t think I had fully said the whole sentence, but it was obvious). Jello snickered and said “hey”. It’s funny how that works, for some reason I flipped into a rote saying I had used for 18 years when we had our other cat Orpheus. I felt bad, apologized profusely and I honestly was confused on why I had used that term.

It dawned on me later that we owned our hell cat Orpheus for 18+ years before Jello’s transition (he passed before Jello transitioned). If Orpheus was being a jerk and was frustrating me, I would pick him up, hand him to Jello and tell him to go see his mommy because his daddy didn’t want to hold him.

Ok, maybe sometimes he had a right to be an angry cat, especially when I handed him off to Jello after playfully antagonizing him. Even though he was a dick, we loved him a lot.

However, during Jello’s transition we owned the sweetest cat Marmalade. During the couple years we had him before he passed, he never got in trouble with me and I never had to hand him off to Jello in frustration. So he always got to lay wherever he wanted. 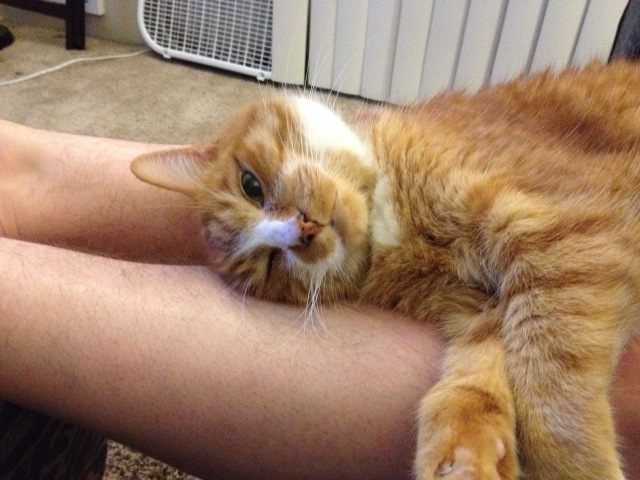 Here is Ghost, sometimes he is a good cat, sadly very few photos of the elusive Shadow.

It’s weird how sometimes saying something is like muscle memory. I hadn’t intended to say that, it just came out. Even though Jello was ok with it, it bothered me for days and days (and still does).

The second incident occurred last week. It wasn’t in front of Jello, but at work. Some coworkers asked about Jello’s Grave’s Disease (hyperthyrodism). I was explaining what it was and in passing I referenced “she” twice. I don’t think anyone caught it at the time, but I caught I had said it and corrected it after the second time. 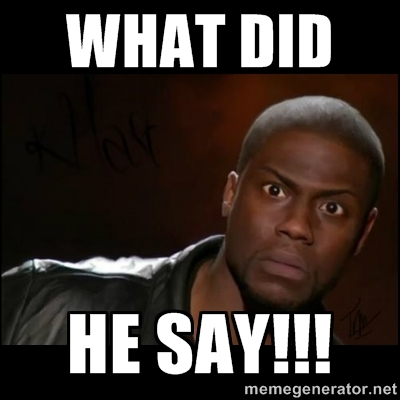 This time I went home, apologized to Jello (who wasn’t offended) and we talked about it. It dawned on me the only time Jello had problems with Grave’s Disease before his latest travels was pre-transition when he almost died from it (he lost 60lbs in 6 weeks, and was wasting away). We had to explain it to a lot of people then, and I only ever used the term “she” when I did so much explaining years ago, so I guess it got stuck in my brain for that specific thing.

I am frustrated by both of those incidents, small slips of the tongue that were because of years of habits in pre-transition. I still need to work on not letting those situations happen again.

I am a lucky guy that my husband is both understanding and not upset by those slips.

This entry was posted in All Articles, Lucky's Articles (AG) and tagged anxiety, oops, pronouns, work. Bookmark the permalink.