Posted on June 2, 2017 by AccidentallyGay

Day 5 was relegated to just a few things due to the hubby getting out of the surgical center.

I woke up fairly early and was tired but happy. I was excited to bring him back with me today. I wasn’t up very long before the hubby was chatting at me on iMessage. We both have been missing each other so I wanted to get into the hospital early to talk and hang with him until he checked out. 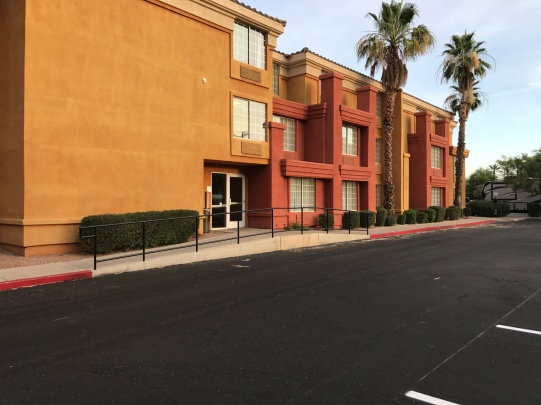 I found the hotel pretty this morning, but I couldn’t tell you what color that is. So here is a color photo for you!

On my way to the surgical center I decided I wanted to try a local coffee shop, I asked Wolsey if he wanted some and he said no. It looked a lot like a coffee shop in Seattle. The name was Echo Coffee, and while I won’t say it “wowed” me with the coffee, it was acceptable (if not quite hot enough). 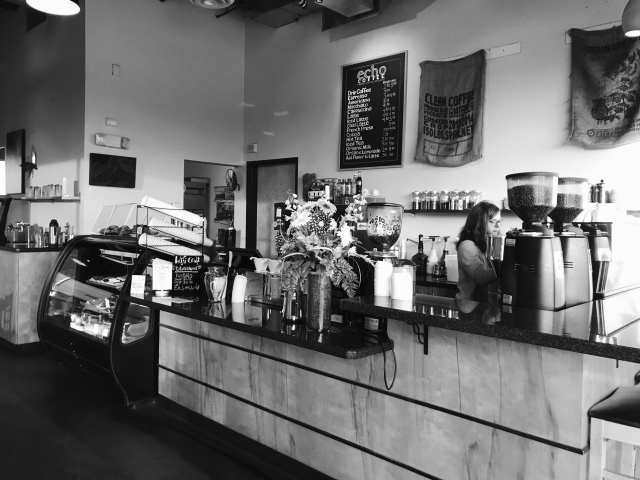 God I am a coffee snob.

When I got to the surgical center I found the hubby gossiping to the nurse. He was telling the nurse about the incident that occurred in Philadelphia, between me and a “barista”. It wasn’t bad, but it was pretty funny.

When I was in Philadelphia for work training,  I went to this small bodega (really small) that sold coffee. I asked for a large cup of black coffee and they handed it to me. I took a sip, and before I could even think about it I had said “NOPE!” and in one motion handed it back to the cashier. It had to have been on the burner for hours.

It was a horrible burnt coffee. I feel I wasn’t being picky, it was just foul. The cashier seemed confused on why I didn’t like the coffee. Before I could say a word, one of the other people in my training in Philadelphia said without prompting, “Oh he is from Seattle” as if that was all that was needed.

The weird thing is the cashier gave me my money back, apologized and when I came in later that morning had fresh coffee. I still felt bad I had said nope and handed it back to them before I had even consciously registered it.

I met with the hubby and he was in his normal good spirits again. 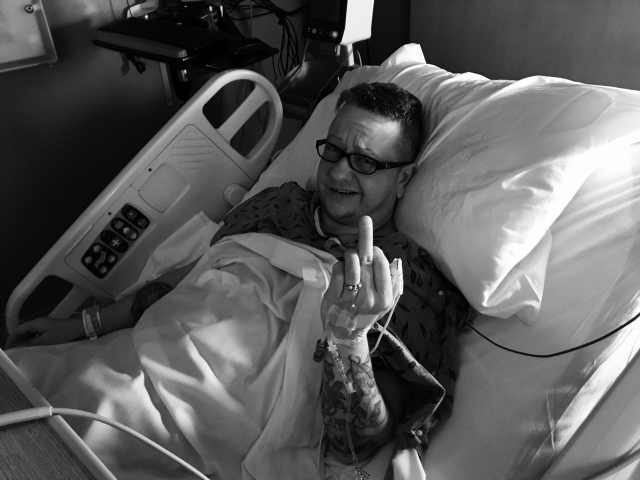 When I say good spirits, that means in his mode of “fuck you for taking a picture” look 🙂

The rest of the day consisted of me going back home, because they weren’t ready to release him, then coming back to the hospital and talking to the doc. He was less interested in talking about the hubby’s surgery and more about bicycling in Phoenix 105 degree weather. That is a good sign that the hubby is doing great.

We eventually got checked out of the surgical center, grabbed some fast food and the hubby waddled into the room and crawled in bed. I eventually ended up joining him, and for the first time in a very long 56 hours, I got to lay beside the most important person in the world. 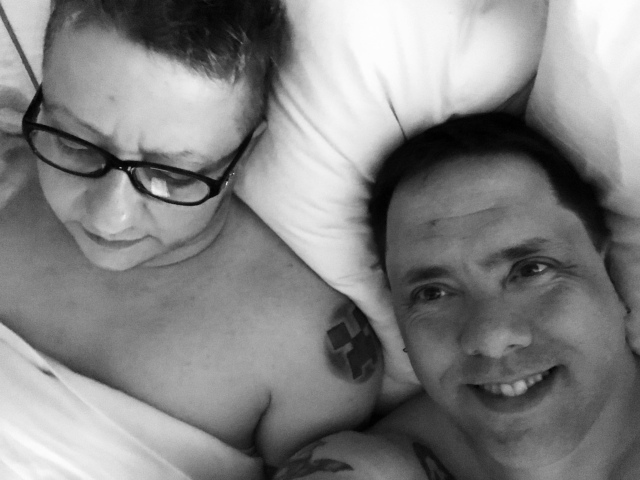 Yep, that is him on the left, me on the right. I am just happy to be there.

The rest of the day and evening consisted of hanging around the room. The next few days will probably not have much happen as he lays down and heals.

I am so damn happy to have him back. I don’t think I could explain enough.