Posted on February 26, 2017 by AccidentallyGay 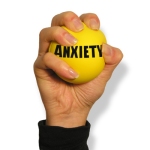 The last 40 days or so has been a nightmare. Every time I glance through the news feeds I am fed horrendous stories of everything from walls, to immigration, to ties with Russia. It has been horrific. I have avoided the news as much as possible and it has resulted in me not posting last week like I wanted.

The biggest issue right now for me is Trump’s rolling back protections over transgender teens in schools. Trump decided to “leave it a state issue” and is foregoing protections. This made me so angry for a few days. Since there isn’t much we can do directly I figure boosting the signal and protesting are all we have until elections.

This has been frustrating enough that I forgot I lived in a very blue state. Washington State was the first to file against Trump and the travel ban, and has been very vocal in opposition of all things Trumpian.

That is when I found the ACLU announcing to the transgender community that Washington State law still covers them in school, using the protections that seem to be even better than what Obama’s directives did.
This first came to my attention in a facebook post by the Seattle LGBTQ Commission, who had posted the ACLU’s brochure for the Washington Law Against Discrimination (WLAD), which includes public accommodation (that requires public schools in Washington).

Sadly this is going to be needed, already the GOP are trying to push their bigotry again using Initiative 1552. They are trying to repeal the 2006 law put in place. Fortunately there is a lot of blue here, and suspicion it won’t hit the ballot if they can’t get the signatures. Here is a small article about the protests.

I can’t do anything on the federal level, so I will focus my energy to keep my state safe. If you are somewhere else and you are being discriminated against, if you can possibly make it here, it is a hell of a lot more safe then in many places. We still have bigots, and we still have to fight, but at least at this point the law is on your side.

If you can get here, while it is the most expensive place in Washington, the city of Seattle is absolutely the most progressive and supportive place to live with state, county and city laws protecting you.

This entry was posted in All Articles, Lucky's Articles (AG) and tagged aclu, public schools, trump. Bookmark the permalink.