Posted on January 15, 2017 by AccidentallyGay

We have talked about it on and off for the last three years as his transitioned occurred. It would fix several problems he has with his original plumbing, but the surgery itself always seemed a little scary and the side effects were worrisome. Also, neither of us considered the plumbing to be indicative of anything non-manly for him. 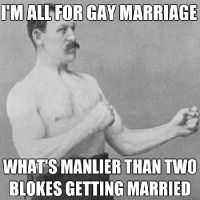 Fast forward to this year with the election of Trump and Pence everything is changing. Already they are trying to rip the ACA down, which is partially why we even have coverage for his medical. We talked with our insurance and on top of that they are merging with a bigger insurance plan so we are unsure the future there.

With Pence announcing he wants to rollback coverage, and the fact that we work for such a conservative (DoD) means if it does happen, it will happen to us. Combine this with more research has uncovered side effects are not as common as we originally saw and Wolsey is doing fine from the prior surgeries.

All of these has caused the conversation to come up again. Wolsey asked me a few days ago if I would be ok with it. I told him I have no issue at all, to do what he needs to. Heck, even if I get any weird hang-ups that is my problem to work through (no hang-ups that I know of though, just FYI). I do not anticipate any issues at all though.

With what appears to be pretty dark four years, or more coming down the road we decided to just do it now. We are hoping to miss any changes in healthcare by getting it done before those changes can be finalized in law.

We contacted the transgender surgery contact from when he had his chest surgery. Rayleen, the kindest lady ever, explained what we needed to do and how to go about it. It sounds like Wolsey needs to get 2 psych approvals (we could do it without approvals if we paid cash), then we fly down to Scottsdale Arizona for a consult, then get on the wait list for surgery for what sounds like a 6-8 month wait, then we will fly down for a surgery, come up, and then a month or two later go down for a second surgery depending on what options Wolsey wants to go with.

This means you folks all get to read about the upcoming surgery, more anxiety and stress, but also a lot more happiness as Wolsey realizes even more of who he is.

This entry was posted in All Articles, Lucky's Articles (AG) and tagged healthcare, politics, surgery, transition, work. Bookmark the permalink.