Last night, Jello and I went to a very close set of friends’ wedding. It was the first event we have been to together really since his surgery. It was really nice to get out of the house for a few hours and be around others. 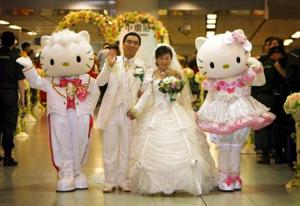 Hello Kitty wedding could have been cool.

It was awesome. Jello was relaxed, happy and there was no hesitation in holding hands with me. He even gave me a kiss in public. 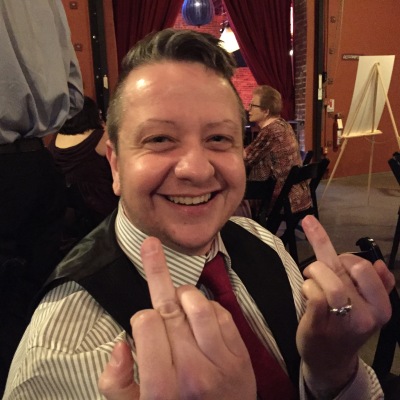 Although he probably was tired of the photographs

Don’t get me wrong, he holds my hand all the time, but when we go out to public things it is a bit more limited. He is concerned like we have said earlier of people’s reactions. Originally it was because he was worried he didn’t look masculine enough, but as that started to fade he got worried about us being jumped or heckled for being two guys. 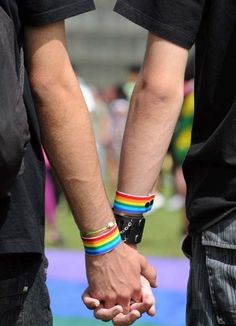 In real life, I am a lot taller than Jello.

We are lucky, we have a large network of friends who are either part of the LGBTQ scene here in Seattle or are allies. It was a great night, and while I don’t have a huge post to put up about it yet, I wanted to share that with you. 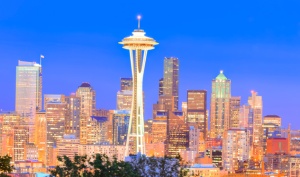 A very progressive/liberal place to live.

This entry was posted in All Articles, Lucky's Articles (AG) and tagged events, jello, safety, wedding. Bookmark the permalink.