I graduated college after only being on testosterone for seven months, and at that point about 70-80% of folks read me as male. This meant job hunting was often difficult.

My voice was one of the first things to change, so I had a very masculine voice coupled with a very not-so-masculine face. This meant I did really well in phone interviews, but in person things were hit or miss.

After attempting to get a job from June to October, I finally landed one in my field via phone interview. It was a law firm that specialized in foreclosures, that was being heavily audited, and obviously circling the drain. That meant they needed workers with accounting backgrounds fast, and any issues I had didn’t matter to them.

I was very nervous about this job because it would be the first one I had ever worked while presenting as male. I overdressed, with ties, so as to compensate for my late blooming masculinity. I figured giving cues to help folks identify my gender couldn’t hurt.

That didn’t help too much, because the first day the maintenance guy kept referring to me as a woman, and then aggressively attempted to gender check me when I went into the men’s bathroom.

I knew he was following me in, so I approached the urinals despite not packing or using an STP of any sort. When he stood staring at me with his arms crossed, I turned around and gave him my best WTF look. Then I said as confidently and aggressively as I could muster, “What?! You gonna hold it for me, too?”

Then he backed up, and panicked. If you present something with enough confidence, sometimes you can make folks question themselves. He apologized, stuttered, and bailed out of the bathroom. After that, my failure to read as hyper masculine was chalked up to my being obviously gay, because I had a husband. It was like I passed some test for him, because he thought we were friends after that. I did not share that sentiment.

However, I did what most transgender folks do at that point, and controlled my fluid intake, and tried my level best to avoid the bathrooms at all costs. There were not enough bathrooms in the building, and the overcrowded conditions combined with being accosted there didn’t really make me want to use them.

Eventually I did get outed on the job by a very catty woman who tried to dig up my Facebook, and look for proof that I wasn’t what I said I was. I’m completely out in my home life, so being stealth at work was annoying. Even more annoying was the game of “do they know or don’t they know”.

Randomly having ladies tell me I looked “so good” as if I was a model, as code for knowing I’m trans is annoying. Having an older lady that was friendly with me suddenly act like I had the plague in the lunchroom and literally running out was fascinating. Not everyone knew, but enough did, after that one coworker outed me.

I’d like to contrast the with my new job. I’m already pretty much out to everyone. My husband works there, and he has had to deal with HR about transgender care coverage with the insurance. I have been out to eat with his coworkers. Most of all, he keeps pictures in his cubicle that do include pre-transition pics. (I am totally cool with that.) Everyone there treats me as if I am just me, and the trans thing isn’t really of note. I like that.

When I was down in Atlanta for training, with other new hires that didn’t know, I noticed I hit all the right masculine notes. There is no longer a question on if I read as male. Being in a same sex marriage actually helps, because if I do something less than masculine, like sports-fail, it is just rounded up to my being gay. 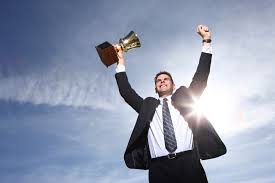 I am curious as to when the ten folks I was hired with at the office start hearing I’m transgender. I have a lot more faith that it won’t be communicated in a shitty way at this office because older employees are already in the know, and have been educated.

My coworkers that know have heard about the things that happen to trans folks, and have had a year of knowing my husband and I. This means they are horrified by what happens to us sometimes. I feel they are fairly protective of me on this, and have gone out of their way make sure I feel welcomed.

In short, I feel safe in this environment. I can’t honestly say I ever felt safe in my old job. Not that I thought I would be attacked physically, but because of the constant background crap about my being transgender. 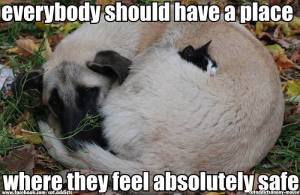 I do have a bit of trepidation because my new-hire buddies will take this knowledge with them back to Atlanta when we go for training, and I can’t help but be wary of how that will pan out. Even then, I am sure it will be something I never see, because my new job is very much about diversity.

If I had to do it over again, I’m not sure I would stay in the old job as long as I did. I really needed the paycheck, and I stayed because I was sure I could handle myself if it got physical. However, it’s hard to judge how much of a toll having that background chatter takes, until you are out of it.

I also never wanted to be stealth about being transgender. I was just so desperate to get a paycheck. I feel being stealth, and getting outed is so much more emotionally fraught than being up front about it. Nobody can use my being transgender against me if I am already open about it. This means being in a work environment where everyone knows is emotionally easier to deal with.

Most of all, I am ecstatic to be able to drink water and tea at work, and be able to pee without having to worry about being accosted in the bathroom. Small victories are sometimes the most needed.

I am a middle aged man. I am an author and a maker.
View all posts by Wolsey →
This entry was posted in All Articles, Jello's Articles. Bookmark the permalink.